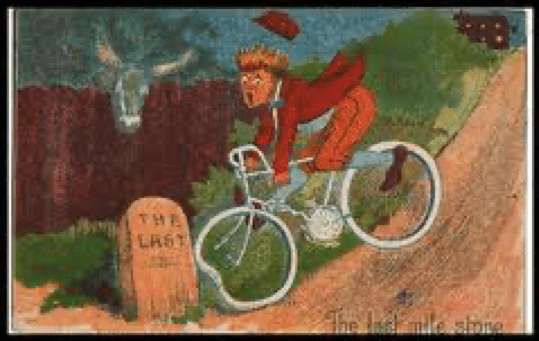 The territory split between Sales and Marketing has been traditionally defined to be: Marketing fuels consumer demand and Sales get the product to the point of purchase. Of late sales organizations have also taken on the mantle of not just reaching the product to the dealer or retailer, but also creating a buzz around the brand at the point of purchase through understanding how the consumer shops. In many companies, there is a new group with the nomenclature ‘Trade Marketing’ that carries out this function.

There are a number of product categories, which are relatively low involvement for the consumer, where essentially the retailer can swing off-take and hence substitutability is high. This is where the ability of the sales team to sell to trade takes on greater importance. In other situations, as companies seek to expand their distribution to new outlets, there is a great sales effort required in selling in for the first time to a retailer who has never stocked your brand before

Companies invest significantly in training their company front line sales teams to sell better; reality is that these sales personnel actually spend a significant proportion of their time in managing distributors, planning and reviewing sales targets and trade activities, attending launch meetings, hustling for stocks in times of shortage and often sending data to their managers to present to the Head Office. To start with the Company front line sales person is not meant to sell into every outlet; he probably is supposed to cover up to 10% of them … and I can bet my money that he is not even able to achieve this given the sundry tasks that he needs to take on. Having this resource sell into all outlets also does not make commercial sense, since the cost of sales would rise exponentially, making such a proposition unviable

We have found this dilemma ailing a number of businesses; however, in discussions with Sales Heads over the last year or so found that there is a gaping hole to be plugged in the sales system. So here goes …

A company distributor or dealer or stockist as he is called, is someone who takes on responsibility to sell on behalf of the company to retail trade in a specific geography. He provides financing, stocking of goods, has a good relationship with traders and a set of people on his rolls who service the retailer, popularly known as the Dealer Sales Men (DSM). We’ve found that the DSM is someone who has worked with the distributor for a while, perhaps even prior to coming of age, is from the community, probably dropped out of school. His main tasks are to check with retailers if they require stocks, deliver the same and effect collections. The number of DSM’s for a company that distributes nationally runs into thousands, a formidable force. You know what we are getting at …

The DSM’s are people who hit every retail outlet every week, the guys who have developed a long-term relationship with trade and understand their psyche. They have good – great native intelligence on what is happening in the market … the irony is that whenever a company salesman works the market with them he is able to sell in much more that they typically do. And why? Because selling hard if not their core responsibility or even if it is, they are not equipped with the training to affect the same

The DSM is a distributor employee and does not have a contract with the company. Therefore, the starting point in making the transition is to get distributors to recast the role of this resource of his … not by any chance an easy ask. Because the distributor is used to picking up the phone and asking retailers to pick up more stock when the company puts pressure on him; he believes he has the relationship to sell. And also, because he probably also believes that it is the role of the company salesman and advertising budgets to sell

If Sales organizations of companies can influence the selection of DSM’s, clearly agree with the distributor this individual’s role; invest money in training them to ‘sell’ rather than just ‘collect’, have them work with targets, structure their compensation to have a significant variable component, provide them with a career path that could involve getting the stars to be absorbed by the company at some stage, then the shift can happen. It’s about starting from scratch and moving a mountain, but the ones off the block first could seize significant competitive advantage

The role of the company salesman will then be focused on growing business in top or key accounts or modern trade as they are called and in coaching DSM’s in the field when they work the market, rather than constantly demonstrating how they are such great sales people … It’s a herculean task but one we believe will eventually build muscle and bring in the delta in ROI